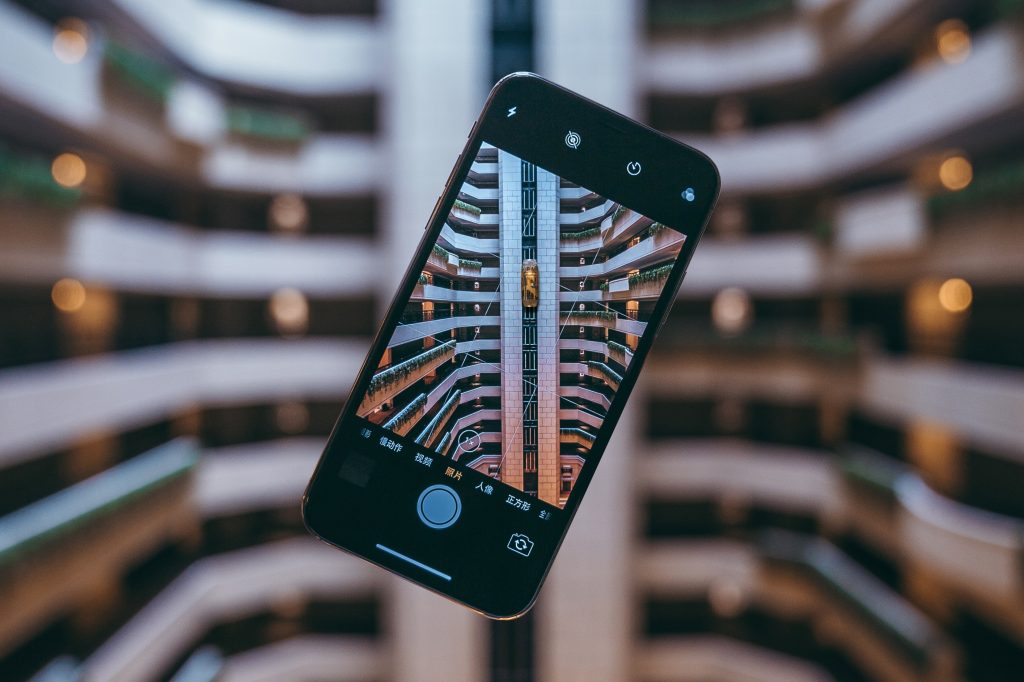 Against the backdrop of bumpy negotiations in the U.S.-China trade war, the U.S. Department of Commerce added Huawei and its affiliates to the Entity List on May 21, effectively barring the export of American goods to the Chinese company. Most importantly, this move forbade the export of advanced microprocessors critical to Huawei’s products. Although Huawei has reportedly stockpiled chips in anticipation of the ban, this move represents an existential threat to the future of the company, though Huawei has self-reported that the ban will only cost the company around $30 billion. Casual observers may report this as nothing more than yet another spat in the ongoing trade tensions between the two countries—yet another chip on the table alongside trade balances, tariffs, and intellectual property law.

But this move is different in two key ways. First, the rationale appears to not be economic, but rather a revealingly expansive interpretation of national security. Second, by using American dominance in high-end semiconductors as a tool of economic coercion, it puts a key technology monopoly into strategic play, a move that carries serious long-term implications for the United States.

The public aims for the trade war, from the American side, are framed in terms of decreasing the trade deficit and reviving American manufacturing. The pledges being floated as part of a trade deal make sense in these terms—tariffs and pledges to buy American products to reduce the trade imbalance and renegotiating joint ventures to slow the transfer of intellectual property, in order to undermine China’s ability to compete in high-value-added manufacturing. Banning chip exports, however, accomplishes neither of these goals. It cuts into American chip manufacturers’ sales, potentially at the expense of their Korean or Taiwanese counterparts. And it targets a single company with limited U.S. sales, notably bypassing other Chinese smartphone makers, such as Oppo, Xiaomi, and Vivo, each of which are closing in on Apple’s share of the global smartphone market.

If economics is not the rationale, national security is a more likely candidate, centering around Huawei as a leading manufacturer of 5G network infrastructure. Years after the Snowden revelations, it’s common knowledge that major technology companies are political captives to their national governments. From that perspective, it’s no surprise that the U.S. may wish to exclude foreign-manufactured network equipment as a security risk. What is a surprise, however, is that the national security state has been able to override traditional, dominant free market ideology, which routinely trades off state interests of sovereignty for the economic interests of private companies.

There are likely a couple of reasons for this new switch. First, it was easier to favor the interests of U.S. private companies in the past because few states had the ability to seriously project political power into the U.S. via nominally (though not actually) private companies. But that’s changed both in reality and perception. Second, the national security state threat model of—and subsequent actions against—Huawei is likely a byproduct of intense attentional focus on Russian intervention in the U.S. 2016 presidential election, which led to broader focus on foreign actors. Third, the Trump administration has explicitly embraced state logic over economic logic.

Trading off whiteboard economic efficiency for state sovereignty is no longer a thought experiment.

But for this narrow goal, a chip export ban is overkill—the same goal could have been achieved by simply banning Huawei networking equipment from use in national infrastructure. Further, in the run-up to the ban, American lobbying was also able to prevent Huawei network equipment from entering countries in the closely allied Five Eyes intelligence sharing group. Notably, however, such lobbying was unsuccessful on the European continent; Germany, France, the Netherlands, and Switzerland all refused to exclude Huawei from bidding on infrastructure projects. Together with deals in Asia and Africa, Huawei seemed poised to acquire a leading position in global market share for 5G, with the exception of America and core allies. But following the ban, with Huawei struggling to stay viable as it tries to find an alternative to American chips, it will be difficult for the company to make credible commitments to service European networks in the long-term. Such bids will more likely fall to companies such as Ericsson and Nokia, headquartered in countries that fall more within Washington’s orbit.

Thus, the chip ban likely came following the realization that American lobbying was failing to retain control of decision-making in EU countries. Far from being a routine bargaining chip in the ongoing trade war, the ban represents a vital national interest in maintaining control not only of the network infrastructure of the U.S. and its key intelligence-sharing allies, but more broadly in its sphere of influence.

On the one hand, this move demonstrates the coercive potential that America still retains in its control of the high-technology supply chain. Even as hardware manufacturing has left Silicon Valley, America and its allies retain monopolies over key, capital-intensive industries such as high-end semiconductor manufacturing, as well as inputs such as design software and architecture licenses. Centrality in technological networks operates the same way—although many countries have the technical skill to produce novel operating systems, for example, it is quite a different matter to replicate the stack of optimized hardware and the ecosystem of software published for that OS. Powers wishing to retain autonomy not only need to maintain the military prerequisites for sovereignty, but also a level of technological autarky that is staggeringly expensive, even for a near-peer rival.

But using this monopoly to cripple a national champion has significant long-term costs. America with its semiconductor monopoly is analogous to OPEC in the 1973 oil crisis: able to leverage a dominant market position for short-term geopolitical goals, but only at the expense of galvanizing the target country towards developing self-sufficiency. Now that China has received the sharpest possible reminder of its vulnerability, it will inevitably accelerate its drive towards domestic chip manufacture, through the same sort of industrial policy that has allowed Samsung and TSMC to become technological leaders.

Developing the semiconductor industry has always been a talking point in the past, with “new information technology” as one of the ten target industries of the Made in China 2025 initiative. But bold-sounding initiatives have not always translated to policy; there are signs that the Belt and Road initiative, for example, has been significantly hijacked by state-owned enterprises and provincial governments working off incentives at cross-purposes to its underlying geopolitics.

But this is no longer a contest over infrastructure pork; it’s an attack by a geopolitical rival on a national champion, revealing a vulnerability in innumerable domestic companies. This is the sort of concrete threat that allows greater political consensus than would otherwise be possible. And this consensus is needed—self-sufficiency in semiconductors requires investment in the tens of billions of dollars and likely difficult, loss-making purchase agreements by domestic companies along the way. If semiconductor self-sufficiency was political boilerplate before, it’s a strategic imperative now, and there is no indication that China will be unable to follow where other East Asian tigers have already blazed the trail.

Now that Moore’s law has decelerated, with nanometer sizes largely reflecting incremental improvements and marketing spin, this is perhaps the best time to undertake the effort. If accomplished, this will leave the world with two substantially independent semiconductor supply chains, not only eroding American market share but limiting its ability to freeze out other states without Chinese cooperation.

The Huawei chip ban, then, is best seen as an escalation in response to the failure of previous American lobbying to prevent the Chinese company from becoming part of the infrastructure for European countries. This strategic imperative is itself revealing—the benefit American domination of 5G hardware gives to espionage and counter-espionage in Europe is considered worth potentially trading away a comfortable monopoly in cutting-edge semiconductors.

Almost regardless of the outcome of future trade negotiations, the die has now been cast; Huawei will likely be hamstrung in the 5G race for several years, by which time it’s hoped that the first wave of 5G infrastructure will have already been deployed by American-aligned companies. Meanwhile, China has received the strongest possible impetus to accelerate its drive to become independent in the manufacture of semiconductors.

It is another small step towards a world in which China and other post-liberal states create parallel financial, diplomatic, and technological institutions, one in which neither country will hold the same level of coercive potential that the United States now enjoys.

But this small step is novel in its own right, going against considerable ideological inertia and economic interests. For example, post-war economic thinking has mostly ignored issues of sovereignty when discussing trade and industrial policy. Further, substantial powerful capital interests stand to lose from this transition. This is not just business as usual, following existing bureaucratic procedures and incentives.

The ban is thus a sign of life from the state; we can infer the existence of some competent strategic players acting at least nominally in the direct interest of the state as such. Importantly, we can infer that such statesmen are, at least in some cases and in the face of real issues of state interest, not substantially impaired by either existing ideological constraints of post-war liberalism, or the interests of capital.

To be really sure of anything, we would need to see a consistent pattern of novel action, and trace it to the specific responsible players in the Trump administration, intelligence community, or elsewhere. But even with this single example, we can take note and perk up our ears for more signs of the post-liberal future: the times, they are changing, and the old rules increasingly do not apply.

Jonah Bennett is the co-founder and former editor-in-chief of Palladium Magazine.