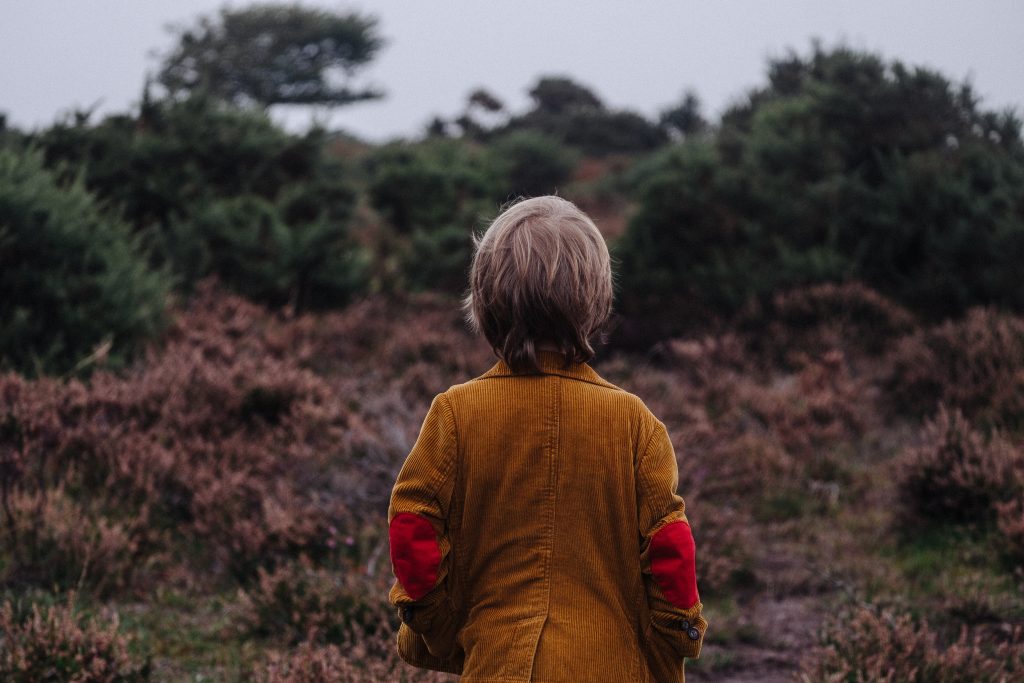 The world population is growing older. For the first time in history, there are more people in the world over age 65 than there are under age 5. As countries around the world go through a demographic transition, people live longer and have fewer children and later, leading to a growing population of older adults.

Older adults tend to have multiple chronic diseases. The majority of U.S. adults over 55 have at least one chronic disease, and many have two or more. The cost of an aging population is becoming unsustainable, at least given current health practices. Chronic diseases of aging account for most healthcare spending in the U.S., and healthcare expenses are growing faster than GDP across OECD nations. We have too few working-age adults supporting too many chronically ill elderly people.

There are few politically tractable ways to deal with this demographic challenge. Drastic cuts to retirees’ entitlements programs (like Medicare and Social Security in the U.S.) are unpopular, especially with the electorally powerful and growing segment of the population who depend on them. Massive increases in immigration from younger countries to increase the tax base for entitlement programs might work, but are well outside the mainstream, and only kick the can down the road. Financial incentives to have more children have been tried in many European and Asian countries, but with small to negligible impact on fertility; non-financial interventions might work, but there are few viable proposals.

If we can’t get more young people, can we keep old people healthier longer?

It’s not an unprecedented idea. Preventative health efforts have worked in the past. The campaign to reduce smoking, beginning in the 1960s, has resulted in a 25% decline in cancer deaths since 1991. Likewise, heart disease incidence rates and death rates have dropped in the second half of the 20th century, due to a combination of lower smoking rates and preventative drugs like statins and blood pressure medications. Population-wide prevention of age-related disease is possible.

Further, the obesity epidemic, which along with aging is one of the major causes of the chronic disease problem, suddenly became an issue in the latter half of the 20th century, presumably by some change in policy or lifestyle. The introduction of sugary and oily low-nutrition fast foods, and the increase in fully sedentary lifestyles, are some major candidates. These issues seem to compound to make aging a worse problem than it would otherwise be. This again is amenable to population-wide preventative health intervention, but lifestyle paternalism is understandably unpopular, and difficult to implement effectively.

The nascent field of biogerontology is an attempt to understand how we age, what common causes underlie the diseases of aging, and how we might modify those underlying causes to avoid disease. For instance, as we age, our cells get worse at repairing errors in DNA, causing some cells to become cancerous, and others to become worse at healing from damage, resulting in vascular disorders and neurodegenerative diseases. Nine such “hallmarks of aging” have been defined: these hallmarks are cellular dysfunctions which worsen with age, which are found in diseases of aging and accelerated-aging syndromes, and whose “amelioration should retard the normal aging process and hence increase healthy lifespan.”

The idea that one could cause an organism to live longer than it does in the wild dates back to the 1990s, when Cynthia Kenyon’s and Thomas Johnson’s research proved that mutating specific genes could make the worm C. elegans live up to twice as long as normal. If a single gene could modify the aging rate, perhaps an “anti-aging drug” could become a reality.

So far, there is no such drug in humans. But the National Institute of Aging’s Interventions Testing Program, the gold standard for gerontology experiments in mice, has found six compounds to date that extend life and prevent age-related diseases in mice and at least 95 interventions overall (genetic mutations, drugs, dietary changes, or other medical treatments) have been reported to extend life in mice. In shorter-lived animals, such as nematodes, where large drug screens are cost-effective, life-extending drugs are abundant; one screen detected 115 drugs that extended life significantly in worms.

But there’s always uncertainty in translating drugs from animals to humans. Mouse studies in particular are convenient, but have applicability problems. Unity Biotechnology, a startup based on developing senolytic therapies, recently reported its first clinical data on their senolytic drug in osteoarthritis; unfortunately, while safe, the drug did not result in improvements in pain or function in the patients. Nor did senolytics show a significant effect on lung function in a pilot human study this year on the deadly lung disease idiopathic pulmonary fibrosis.

One issue that makes animal studies of anti-aging interventions dubious in their applicability to humans is that “conventional” laboratory conditions for mice are unhealthy, thus making it appear easier than it is to improve mouse health. The most reliable, frequently replicated anti-aging finding—that reduction in caloric intake can modestly extend life and prevent the symptoms of aging in many animals—disappears when it’s tested on wild mice or on mice kept at comfortably warm temperatures. How many apparent anti-aging interventions are actually artifacts of poor living conditions for lab animals? To avoid clinical failures in humans, we’d have to invest in higher-quality animal studies.

As an aside, this in turn suggests a possible avenue of approaches: how many apparently aging-related problems in humans are artifacts of poor living conditions, nutrition, and lifestyles?

Another challenge for developing usable aging-prevention drugs is testing them in a preventative context. The medical system is generally set up to test drugs’ effect on treating diseases, not on preventing them or on generally improving health. This keeps us from identifying good preventative drugs which meet the standards of safety required to give to people before they develop age-related disease. Regulatory paradigms and insurance companies typically don’t treat aging as a disease, which gives little incentive to the development of anti-aging drugs.

However, that may be changing. ResTORbio’s new drug (an analogue of rapamycin, which has reliably been found to extend life and prevent cancer in animals) cut the incidence of respiratory infections by half in the elderly, as a Phase II trial reported last year. This trial is instructive because it’s a preventative use case—the drug was given to healthy elderly people and the experiment tracked their risk of infection prospectively. Similarly, in 2016, the ICD-10 (the World Health Organization’s international classification system for diseases, used widely by insurance companies and state health programs) included sarcopenia as a disease indication for the first time. Sarcopenia is a medical term for the loss of muscle mass that occurs with aging; it is a leading risk factor for falls and all-cause mortality, and official recognition of sarcopenia as a disease means that drugs that make elderly people more robust have a chance at becoming marketable. Indeed, we’re starting to see the first clinical trials of medical interventions to reduce frailty and/or sarcopenia: for instance, infusing mesenchymal stem cells into frail elderly patients improved strength and endurance in a 2017 Phase II trial. This may be the beginning of a new era in which drugs are tested for their overall effect on motor, cognitive, and immune function in the elderly.

Can single drugs prevent multiple age-related diseases at once? Well, it seems biologically plausible that the answer is yes. It happens in mice; it even happens in correlational studies in humans (metformin, a diabetes drug that decreases glucose production in the liver and increases insulin sensitivity and thus prevents hyperglycemia, is also associated with lower incidence of cancer, Alzheimer’s, and heart disease). And similar biological states, such as chronic inflammation, are common to most of the diseases of aging. An all-purpose “geroprotector” drug that meaningfully reduces the risk of multiple common diseases might be one of the best hopes we have of being able to afford the healthcare costs of the growing elderly population.

Creating such a drug would inevitably involve coming to understand how the diseases of aging are actually caused, which would probably lead to many avenues of intervention, including preventative lifestyle interventions and gains in other areas of health.

Besides reducing chronic healthcare costs, cracking the causes and cures of the diseases of aging would extend people’s healthy lifespan. Even if we can’t push total lifespan out past current limits, this would greatly reduce the suffering and incapacitation due to old age.

This isn’t just nice for the individual people; it would have important social effects:

Thinking from the perspective of human capital, people’s skills, wisdom, knowledge, networks, independence, and wealth continue to grow throughout their life. In fields intensive in such skills, like politics and business, people often continue to do great work, and hold together important social infrastructure, right up to their retirement. When they go, we lose and have to replace all that knowledge, all those skills, and all those connections. Consider also that a large fraction of most people’s life is spent in relatively unproductive training. In many fields, a marginal productive year at the end of a life is more valuable than an average year of life.

Naturally, the same initiatives would create some unique challenges to overcome. Inter-generational conflicts currently seen between Millennials and Baby Boomers could repeat themselves if the millennial generation ends up healthier and longer-lived than their parents. Slowdowns in economic growth could see younger generations becoming acrimonious toward their CEOs, board directors, and elected officials keeping their positions long into their 70s, 80s or 90s. Moreover, the very social programs which a healthier elderly population would be less dependent on may become even more extensive as this voting base increases its numbers and longevity.

However, the clear gains which come from having a healthier and longer-lived populace create strong incentives to find solutions to these easily anticipated problems.

People can contribute more to society the longer they stay healthy, and the gains from marginal healthspan are huge, both in avoiding costs, and in reaping benefits. With aging populations suffering from chronic disease all over the world and especially in the great powers, this problem and its solutions is one of the big governance issues of the 21st century.

Sarah Constantin is the founder of the Longevity Research Institute, a nonprofit that funds research into the biology of aging, and Daphnia Labs, a biotech startup discovering new drugs to prevent age-related disease.