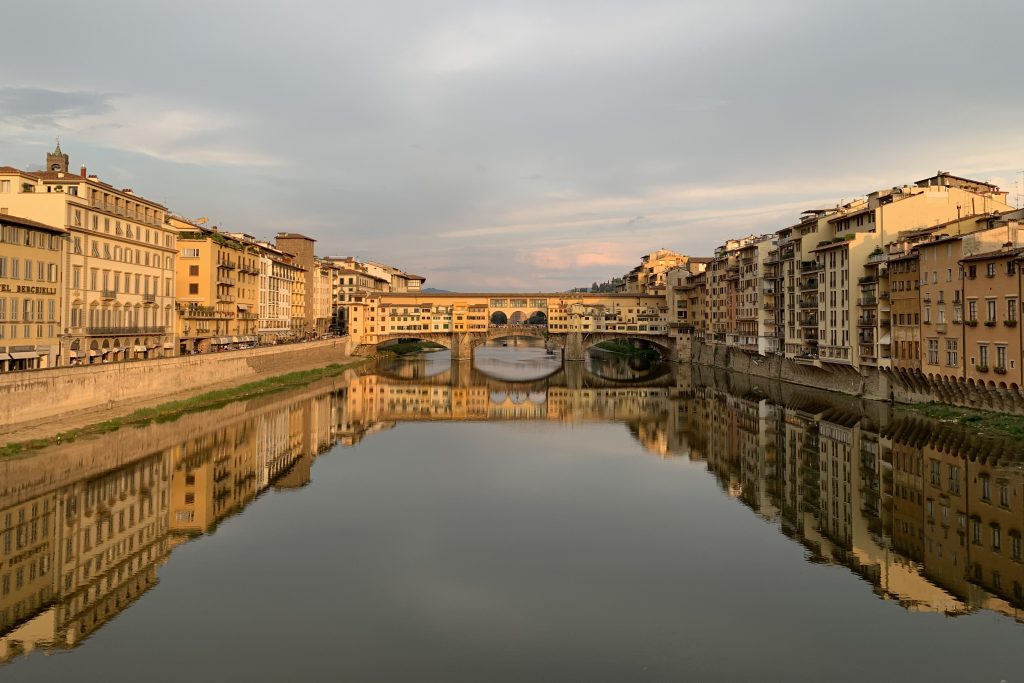 In his recent Palladium piece, Siavash Tahan laid out the delicate battleground of urban interests. The core problem is a classic one of politics: an incumbent faction uses its influence to constrain housing supply to preserve their own interests and reap private benefit to the detriment of incomers, outsiders, and of society as a whole.

Many of California’s cities are deeply troubled. Most people on either side of the NIMBY/YIMBY spectrum agree that reform is clearly needed on a range of issues. The myriad problems—from homelessness in SF to gridlock in LA—are proof enough that the current state of California urbanism is far from desirable. But these reforms cannot just be ad hoc: without some more fundamental institutional reform, San Francisco and other cities will face the same shortage, political gridlock, and battles every decade. We need a system that ideally works to produce new housing as plentifully and effortlessly as we produce food or computers. And yet, unlike food and computers, the system must address the unique considerations of dealing with people’s homes and communities.

Tahan’s insight is perhaps best summarized when he writes: “Lacking that control or any guarantee of upside, [current inhabitants] will do whatever they can to prevent any change at all, creating bitter conflict and leading to the urban pathologies that pervade every corner of life in the city.”

It is a crucial point that contains within it the core of the solution. Even under the current regime, current inhabitants have less control now than many would like, and no guarantee of upside from change. Even the single-family mandates that NIMBYs often favor can make it illegal for them to build a guest cottage in their backyards for their aging parents to move into.

Tahan identifies two community-driven NIMBY concerns. One is that certain kinds of density can lead to a generalized alienation. The second is that development will damage or disrupt existing communities.

The first concern seems relatively unfounded in practice, at least for the moderate densities in the pattern that Scott Wiener and others are proposing. Tahan writes of the dangers of density-driven atomization, but what is really more atomized: walkable communities of moderate density like DC’s Georgetown and SF’s Russian Hill, or multi-acre mansions driving distance from anything else? The feeling of living in a community is walking by people you know to local stores, not driving to big box grocery stores in strip malls miles from your home.

But note that density is necessary but not sufficient for walkability. A rural village can be quite walkable and community focused, or quite atomized, requiring a car to get anywhere. Likewise, a high density towers-and-malls municipality, if it has a bad distribution of services and no attention paid to sidewalks, may not be walkable at all. Density helps with walkability, though not always, depending on design.

NIMBY talk of communities can often implicitly defend a particularly American form of low density atomization. It is unclear what exactly the ideal density for community flourishing is. It may not be that of Manila, but it is certainly not that of American suburbs, either. Palo Alto has one-twentieth the population density of the city of Paris, a city widely considered among the most beautiful in the world. Communities are unlikely to be degraded on net by building more places like central Paris. On the contrary, increased density and streets with a healthy mix of shops and homes may help alleviate alienation in previously car-dependent neighborhoods.

This discussion does show a truth of the NIMBYs, though: that they are right to want good streets, communities, and cities. We should all want that, and YIMBYs should be ready to acknowledge it. Our goal should be to create great blocks and great cities with great neighborhoods of distinct and vibrant cultures affordable to newcomers.

Where NIMBYs err is in thinking that newcomers will inevitably come at the expense of these goals.

This leads to the second, more fundamental concern—that development will damage or tear existing communities apart. It unites the unlikely bedfellows of NIMBYs and PHIMBYs out of their mutual concern for keeping communities as they are.

Scott Weiner’s SB50 proposal would markedly improve urban policy, yet it essentially relies on creating a coalition large enough to overcome the NIMBYs. It is a brute force attack that unites environmentalists, young professionals, and all who would benefit from lower rents into a political force.

The project is ambitious and admirable. However, it removes control from NIMBYS and localities in ways that alarm them, and is unable to temper NIMBY cultural or economic concerns. In fact, it has seemed to exacerbate them. If Weiner’s new coalition were winning, those might not be problems, but the proposal seems to have fallen into gridlock.

One reason for NIMBY concerns is that zoning has proven an incredibly clumsy instrument to achieve the ends of better, fairer, more welcoming cities while addressing the wishes of existing inhabitants.

It is worth considering a new approach. We believe some proposals could address concerns for community with the promise of improvement rather than degradation, as well as economic benefit for existing residents.

Zoning was invented in Germany, building upon thousands of years of rules on urban land use, to address the demand for more control of spillover effects from different activities in a city. Over time, it has been used and abused for many reasons—sometimes racist and often exclusionary.

The late great UCLA property rights economist Harold Demsetz argued in 1967 that property rights will tend to be created when the costs of creating rights to address spillover effects are less than the benefits of such rights. These spillovers can take the form of any number of urban pathologies, from shadows to noise to congestion. Zoning can be seen as a communal property right that protects residents from spillovers.

Demsetz helps explain why, as zoning expert William Fischel pointed out, zoning is popular. People want more control over things that affect them.

Apart from successful measures to legalize in-law apartments and other ‘auxiliary dwelling units’ in various states, the current YIMBY coalition has so far paid little attention to a crucial and helpful fact: despite its popularity, zoning works to the material detriment of many homeowners. The profits from upzoning can be enormous, reflecting the profound damage to society from the shortage of housing in high-wage cities. As a communal property right, zoning is profoundly inefficient. The land under Palo Alto would be far more valuable if the zoning allowed more housing. A corporation that failed to respond to circumstances like that would be competed into oblivion.

That is probably not true if you drastically upzoned the whole Bay Area, because land for housing would suddenly be plentiful. But if you allow more housing in a smaller patch, the profits are enough to make the residents much wealthier. Many may not want that, if the price is new neighbors who change the character of the neighborhood. But clearly at least some do, or rules against more housing wouldn’t be needed to stop them from building more.

Some suggest using transferable development rights (TDRs) or auctioning upzonings to buy out opposition and build political coalitions for more homes. TDRs involve allocating ‘air rights’ to existing landowners (or, conceivably, residents); those rights can be bought and sold, and allow the holder to build more than standard zoning limits would allow on land within a specified area. Under the second suggestion, the government would auction TDRs to landowners who want permission to build more.

That may work. Another way, building on Demsetz’s insight, is to ask whether we might get better results if zoning worked differently—if smaller groups of residents could bypass or convert all the veto players and choose to allow more building near them under their control and with a share of the enormous profits that upzoning can generate in places like the Bay Area. After all, that is how we build and make everything else. A single landowner will nearly always choose to build more on their land if the profits are large enough, or sell to someone who will. Many groups of two or three landowners would do, too. But that’s not true when hundreds of people get a say, and officials’ desire for blame avoidance means the naysayers generally win. With fewer people making decisions and fewer veto players, we might build a lot more.

But the number of people should be as small as possible, so the potential profits create strong incentives and to make it easier to reach agreement. And they should be able to decide to upzone themselves by supermajority vote, to prevent one or two objectors from holding things up.

Bottom-up processes, if we can make them work, have the advantage that communities themselves can decide how they wish to evolve. They can allow certain new construction if it will improve the community and benefit them, rather than fearing negative effects from changes imposed from above. If it will not benefit the community, they can say no.

Allowing zoning decisions by neighborhoods has been tried in England and they are generally too big for this to work, even if people can agree on the boundaries. Professor Bob Ellickson at Yale suggested letting residents of a single stretch of street—both sides, between two intersections—decide on their own zoning for that stretch. They are the ones most affected by new construction there.

Why not try giving those residents the power to upzone their stretch by supermajority vote, as the London YIMBY campaign has been advocating since 2017? There is clear evidence from England that multiple residents can agree to add more housing, even when they have to be unanimous and each do the building work at the same time. Houston already does the same in reverse, allowing residents to choose to increase the minimum lot size on their street.

Because they could pick design codes and other rules to suit them, they are far more likely to be interested in the enormous profits they could make. Because control is in their hands, they will fight much less hard against a reform giving them that power.

Tahan writes: “PHIMBYs fear that change may gentrify them out; NIMBYs fear that any significant urban development may bring unwanted new neighbors of a lower socioeconomic class, who they would not be able to socialize with, along with drugs, crime, and public disorder, dampening the livability and exclusivity of their current communities.”

But no new home in, say, Palo Alto—the sort of place which should be building much more housing—is going to be a haven for drug abuse and low-income criminals. If new homes are built, they will be expensive townhouses or condos.

The sort of local control we outline would neutralize both of these fears while creating homes for new, valuable members of the community.

There are times in politics where top-down, elite-driven mandates are necessary for the common good. Building communities is not one of them. Indeed, almost by definition, community grows from the ground up. It depends on hyper-local conditions. The only people who can create community and the built environment that community demands are its members. We need to allow them to do so.

The greatest danger of housing politics is accepting its current quagmire. Despite the complex web of conflicting interests, the situation is not intractable. It demands leaders, both on the level of the city and of the street. California’s cities have played and continue to play an outsized role in creating global culture and technology. They need to create a new way of building better cities.

John Myers is co-founder of the London YIMBY and YIMBY Alliance campaigns in the UK.

Nick Whitaker studies philosophy at Brown University. He recently received a grant for his work from Emergent Ventures. You can follow him on Twitter @ns_whit.