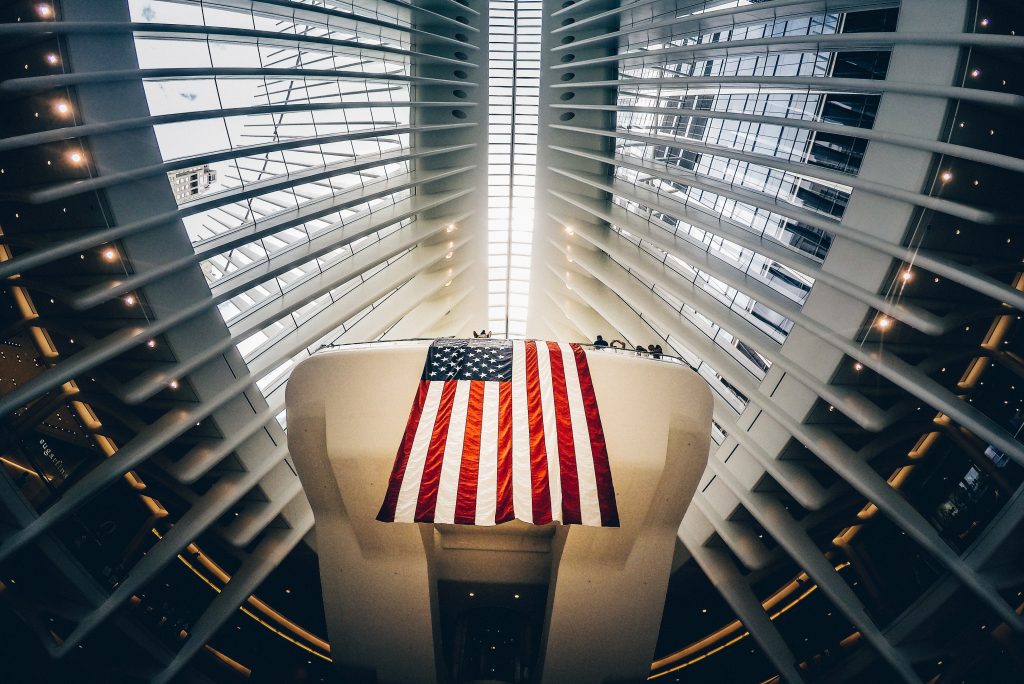 President Donald Trump’s affinity for Middle Eastern, Asian, and North African heads of state, and his conspicuous hostility to his European counterparts, has been an enduring oddity of his foreign policy. When it comes to global affairs, the man who spoke in Warsaw in 2017 of the need for “the West” to “preserve our civilization” has shown a clear preference for what his predecessors called the Near and Far East. His administration’s skepticism of NATO, the European Union, and Atlantic powers like Germany has been matched by its enthusiasm for close personal relations and even cooperation with several leaders in the non-Western world, from Cairo to Tokyo, Ankara to Delhi, and Riyadh to Manila.

This irony is often explained as the president’s admiration for autocrats, and his contempt for liberalism. But this is perhaps a patronizing view of the value of non-Western countries. Even if the president’s critics are right that he is personally guided by “dictator envy,” it would not disprove his apparent sense that illiberal leaders of geopolitically vital countries are becoming more important for the future of American influence than culturally similar but less dynamic states. To the extent that this change is not just an instinct of the president’s, but a brute fact of competition in a multipolar world, a Biden administration should consider accelerating rather than reversing America’s turn away from the West.

The eastward shift of U.S. diplomacy nominally began with the “pivot to Asia” in 2012 and attempts to ratify the Trans-Pacific Partnership trade agreement. But throughout the years of the Obama administration, the habit of Western attitudes still kept Washington anchored firmly in the Atlantic. The administration shared decision-making power with Europe on regional conflicts in Libya, Syria, and Ukraine, and on global issues like climate change and arms control. It saw and treated China’s seizure of the Scarborough Shoal as a far less significant event than Russia’s annexation of Crimea. It negotiated the Iran Nuclear Agreement not with the consent of local stakeholders like Israel or the Gulf Arab states, but with Germany and the United Nations Security Council. President Obama spoke often of multilateralism and collaboration. In practice, that multilateralism proved highly traditional, concentrating on the core of the American alliance rather than going beyond it. His most productive personal relationships were reportedly with Berlin, London, and Paris. “Here was a president that said all the right ‘European’ things,” as Spain’s former foreign minister later put it.

The ascendant members of Biden’s foreign policy team appear to support some version of a “restorationist” foreign policy, in which the U.S. would focus on healing the damage to its traditional, predominantly transatlantic alliances. Meanwhile, they would likely move away from some of the undemocratic and illiberal governments Trump has courted. Biden and his advisors have promised to “pull together the like-minded democracies of the world,” “restore our historic partnerships,” and “signal to our closest democratic allies that we’re back.” As for the non-democratic world, the most vivid case for a return to an earlier era was provided by Jake Sullivan, Biden’s former national security advisor and likely senior official come January. “What makes American foreign policy distinctive is that we are not neutral between autocrats and the people seeking basic human rights and dignity,” Sullivan said in an interview on August 21st. “We choose a side.”

The former vice president’s foreign policy team consists mainly of officials who lobbied Obama to support the 2011 overthrow of Egyptian dictator Hosni Mubarak, Washington’s strategic ally in Cairo, and the 2012 military ouster of Libyan dictator Moammar Gaddafi, its counter-terrorism and nonproliferation partner in Tripoli. In a resurfaced video clip that went viral recently, Biden claimed that as president, he would support the electoral removal of Erdogan from Ankara. “What I think we should be doing is taking a very different approach to him now, making it clear that we support opposition leadership,” Biden said in a talk taped in December. “He has to pay a price.”

It is possible these types of remarks are campaign boilerplate, and that if it returns to power, the centrist clique which has opposed Trump’s diplomacy with such ferocity would not in fact condition ties with difficult but meaningful governments on convergence with Western values. But given the Democratic candidate’s chances of victory in November, the foreign policy team he has assembled, the pattern of its collective governance record, and the uniformity of its messaging, these comments are worth taking seriously.

The case of Turkey is suggestive. It is certainly true, as Biden explained, that Erdogan has weakened Turkish democracy, eliminated press freedom, and reversed aspects of secularism. Many Turks, Europeans, and Americans share his assessment that these developments are nothing short of tragic. But as the experience of 2011-2012 demonstrated, they are not developments Washington can choose to affect without running enormous risks. For the U.S., democratic setbacks in a country like Turkey should be weighed not against an alternate reality in which Erdogan is out of power, but against the impact of Turkish behavior on U.S. strategic interests. At least for now, the emergence of Erdogan’s “neo-Ottoman” Turkey as a significant actor in the Middle East has checked the consolidation of Russian power, alleviated pressure on the U.S. to increase military engagement in Syria and Libya, and may even provide a release valve for some of the more explosive fronts in the Saudi-Iranian rivalry.

If a country’s foreign policy allows the U.S. to achieve more objectives with less investment—especially in a region from which Washington has struggled to extract itself—then the benefits of trying to throw its president out of power would be hard to grasp. The U.S. may wish to stand on what it sees as “the right side” of Turkish history. But that is not a process Washington can hope to determine, nor should it try to share credit if and when a democratic reform movement sweeps Erdogan from office. In the meantime, it would not hurt to recognize that Turkey’s reorientation away from Europe and toward the Middle East is not only happening without America’s consent, but is helping advance certain U.S. interests.

If the next administration is counting on “like-minded democratic allies to achieve common objectives” even further afield, it is likely to be disappointed there too. With regard to China, for example, a successful attempt to “restore our historic partnerships” will not clinch even a moderately ambitious agenda. U.S. alliances with Australia, South Korea, Taiwan, and New Zealand are not enough to contain the expansion of Chinese power, and it is not clear how like-minded a Biden administration would find increasingly nationalist governments in Delhi and Tokyo. As for Europe, neither national governments, nor the European Union have real influence in Beijing, and NATO will not be strengthened by extending its responsibilities into the South China Sea.

To be sure, less hostile relations between the U.S. and its democratic partners is a desirable end in itself. There is little to show for the damage done to personal relationships, for boasts about how much the U.S. has managed to squeeze from its allies, or for openly questioning the continued viability of U.S. security commitments.

But for all the mending that could and should be made to America’s democratic alliances, U.S. China policy will depend at least as much on cooperation with several undemocratic states. Vietnam, Burma, Singapore, and Thailand, for example, all fail to meet Western democratic standards, and none claims to hold liberalism as a value. But these countries will absorb far more of the impact of U.S.-China competition than the Atlantic community. In order for U.S. China policy to cohere and succeed, Washington will need their consultation and support more than Europe’s. To the largest extent possible, these governments should be asked not just for their views, but to formulate joint decisions on major geopolitical challenges.

American diplomats and politicians are not used to forging alliances for exclusively strategic ends, but there is no reason U.S. partnerships with non-democratic countries in the Indo-Pacific cannot be explicitly based on confronting China. Any pretext of conditioning cooperation on evolutions toward Western values would be unnecessary and probably counterproductive. The bipartisan tradition of criticizing governments like those in Hanoi and Naypyidaw over issues like democratic elections and freedom of speech does not make them more American, any more than threatening the Turkish government makes it more European. But it could push them closer to Beijing.

There will be a temptation for a Biden administration to simply overturn the last four years of U.S. foreign policy, to reclaim America’s perch as “leader of the free world,” and to restore faith in a global order governed less by national power than by liberal international institutions. The Trump administration cannot escape responsibility for the appeal of such a “restorationist” foreign policy, both to many Americans and to their traditional allies. But a Biden administration will have to beware the pitfalls of blaming the challenges it may inherit on the personal failings of its predecessors. It would be more helpful to simply recognize two central facts which have become more apparent since the White House switched hands in 2016.

First, the world’s geopolitical center of gravity has moved decisively away from the Atlantic area. If power is moving away from the historic sources of Western liberal values, then the global institutions and multilateral alliances built on those values are unlikely to regain previous levels of relevance. For a power like the United States to sustain its position of primacy, the answer is not to insist on the unchanging immortality of Western-designed institutions like the United Nations, the World Trade Organization, or even NATO in its historical form. Rather, as the U.S. tries to create a new order, it should focus on incorporating more non-Western aspirations and perspectives on cooperation and global governance.

Second, many of the West’s current assumptions about politics simply do not apply elsewhere in the world. Owing to their disastrous experiences in the 20th-century, many Western societies have come to associate all forms of nationalism with violence, conflict, and oppression. But not all Asian, Middle Eastern, or even Eastern European countries share the Western liberal’s distrust of nationalism. If anything, national emancipation was only recently achieved by many countries across the old imperial territories. Attempts to constrain their newfound power, or to submerge their nascent sovereignty in global (i.e., Western) institutions, will only perpetuate the impression that the West feels entitled to rights and experiences it denies to others.

The opportunity for U.S. foreign policy to break free of “the West” is one a Biden administration might actually be well-positioned to seize. Its domestic constituencies would be less bound by ideas of America’s “Judeo-Christian heritage” or its place in “Western civilization.” If he wins in November, Biden will boast a younger, more ethnically diverse, and more immigrant-heavy voter base. He would inherit a country with diminishing faith in myths of its own exceptionalism. Such an administration should be able to recognize the opportunities for American foreign policy in an increasingly pluralistic world. It need only leave its previous habits and assumptions behind.

Jeremy Stern is a senior nonresident fellow with the Atlantic Council’s Future Europe Initiative. He previously served as senior advisor and chief of staff at the U.S. Embassy in Berlin.