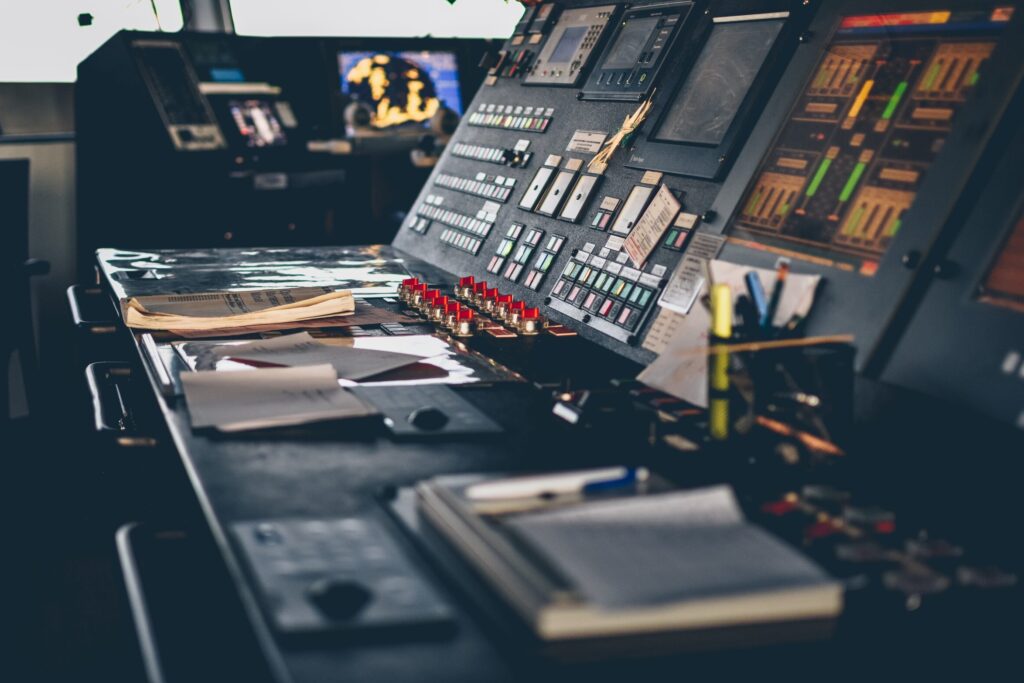 Ibrahim Boran/Control panel and buttons of a cruise ferry in the cockpit.

Nicolas Villarreal joins Ash Milton to discuss his 05 article on how capitalist giants use socialist cybernetic planning, cybernetic methods of organizing supply chains, and their impact on the worker.

Socialist Chile centrally planned its economy using Project Cybersyn, which used computerized feedback loops to give production managers live updates on changes in demand and other production indicators. This helped solved the “bullwhip” problem, where producers belatedly learned of changes in demand that originate further down the supply chain.

Capitalist supergiants like Amazon and Walmart use similar systems to maintain efficiency. But ultimately the workers are made to work at the tempo of an automated feedback system that leads to injury and exhaustion. Nicolas and Ash also discuss how industrial rationalization and efficiency can lead to worker organization. Nicolas’s article “How Capitalist Giants Use Socialist Cybernetic Planning” is featured in PALLADIUM 05: Centralizing Society.

Nicolas Villarreal works as an analyst for a government contractor and formerly worked in federal banking regulation. He is a graduate of the College of William and Mary, and author of the novel Caeruleus. He tweets @NicolasDVillar1.